Even Sleep Has an Impact on Your Oral Health

Sure, diet and hygiene are the biggest drivers of oral health, but they’re hardly the only ones. There’s smoking, for instance. There’s exercise. There’s chronic stress.

And then there’s sleep. 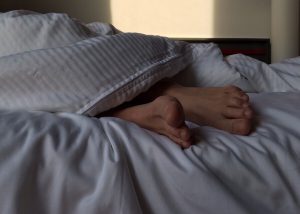 One 2017 study of more than 8300 Korean adults found that those who slept less than 5 hours a night had more tooth decay than those who slept the recommended minimum 7 hours. Although the link between sleep duration and gum disease was weaker, another large study published later in the Journal of Clinical Periodontology did find a “novel, direct and independent association between sleep duration and the prevalence of periodontitis.”

In fact, some research suggests that lack of sleep may be second only to smoking as a risk factor for gum disease.

Earlier studies have also highlighted this perio-sleep link. For instance, one animal study found that fatigued rats showed more inflamed gum tissue and alveolar bone loss than those in the control group.

The alveolar bone is the part of the jaw that contains the tooth sockets. Gum disease degrades that bone, which ultimately causes the teeth to come loose and fall out as the disease progresses.

Meanwhile, human studies have shown a link between sleep disorders – sleep apnea, for instance, or insomnia – and periodontal problems.

There are certainly many factors at play in this relationship, including the fact that when you’re tired, it’s easy to get a little too casual about brushing and flossing, It’s also easy to make poor food choices. Who hasn’t at least once caffeined or sugared up for some quick energy after a bad night’s sleep?

And the opposite may be true, as well. According to new research in the American Journal of Clinical Nutrition, sleeping more may lead to healthier eating.

For the study, 21 adults received guidance on increasing their sleep. Another 21 served as a control group. All 42 kept food and sleep diaries. By the end of the test period, nearly all who increased their sleep also ate fewer sugars and carbs than those in the control group.

The principal investigator, Dr Wendy Hall, from the Department of Nutritional Sciences observed: ‘The fact that extending sleep led to a reduction in intake of free sugars, by which we mean the sugars that are added to foods by manufacturers or in cooking at home as well as sugars in honey, syrups and fruit juice, suggests that a simple change in lifestyle may really help people to consume healthier diets.’

Notably, sugars and refined carbs both fuel chronic inflammation and feed the pathogens involved in the decay process – a double whammy if ever there was one.

So how can you improve your sleep? Here are a few tips to get you started: