The Signs of Sleep Apnea

Sleep apnea is a serious sleep disorder in which a person’s breathing is interrupted while asleep. People with undiagnosed sleep apnea stop breathing repeatedly while sleeping, sometimes hundreds of times. This is a dangerous condition because it means that the body and the brain are not getting an adequate supply oxygen. Some of the signs of sleep apnea include: awaking with a headache, high blood pressure, snoring, awaking gasping for air, fatigue, severely worn teeth, acid reflux, and bruxism (clenching and grinding the teeth).

Sleep Apnea vs. An Open  Airway

Sleep apnea can occur at any age and in any gender. Click on the thumbnails below to view the difference between patients with obstructive sleep apnea and an open airway. 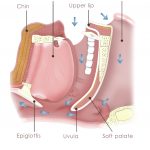 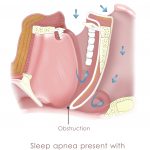 Sleep apnea is considered a serious medical problem. If left untreated, it can lead to high blood pressure and an increased risk for heart failure and stroke.

There are two types of sleep apnea: obstructive sleep apnea (OSA) and central sleep apnea (CSA). Obstructive Sleep Apnea is the more common of the two forms of sleep apnea. It is caused by a blockage of the airway, usually when the soft tissue in the back of the throat collapses during sleep. Central Sleep Apnea occurs when the brain fails to signal the muscles to breath. This may be due to instability in the respiratory control center.

Sleep apnea is considered a serious medical problem. If left untreated, it can lead to high blood pressure and an increased risk for heart failure and stroke. The ongoing state of fatigue caused by sleep apnea may lead to problems at school or work as well as danger when driving or operating heavy machinery. Sleep apnea can also cause complications with medications or surgery.

How is Sleep Apnea Treated?

Sleep apnea treatments vary depending on the severity of each patient’s case and the type of apnea involved. It is important to remember that sleep apnea must be diagnosed by a physician. Once a diagnosis is made, dental intervention is often extremely effective. Basic treatments may simply be behavioral, and include: losing weight, regular exercise, or sleeping on the side rather than the back. If basic sleep apnea treatments fail to work, there are three options: an oral sleep appliance, CPAP, or surgery.Oral devices can be used to position the mouth in such a way that it prevents throat blockage. CPAP stands for continuous positive airway pressure, and is usually worn as a mask with air flowing into the nose and/or mouth.

Sleep apnea is a very serious condition that has harmful effects on your health. Call us today to schedule your consultation if you have been diagnosed with, or are noticing any of the signs of sleep apnea.

Sleep Apnea is a dangerous condition because it means that the body and the brain may not get enough oxygen. If you have any of the signs of sleep apnea, you should seek treatment right away.

What are the signs of Sleep Apnea?

The following conditions can indicate the presence of sleep apnea. If you notice one or more of these signs of sleep apnea, contact our practice.

Fotona’s patented laser modality optimizes the length of laser pulses, allowing for the safe penetration of heat into the oral mucosa tissue. It is gentle enough to be used on the sensitive tissue inside the mouth, but strong enough to provide clinically efficacious heating.

With proper training, NightLase has a high success rate in producing a positive change in sleep patterns. Research has shown that NightLase can reduce and attenuate snoring and provides an effective, non-invasive way to lessen the effects of snoring.

A full course of NightLase consists of three separate treatment sessions over a two month period. The final results of the treatment have been shown to last up to a year, and the therapy can be repeated.

Patients find NightLase to be a highly comfortable and satisfying solution. NightLase requires no device to be worn during sleep and involves no chemical treatment. It’s a gentle and easy way for your patients to regain a good night’s rest.

The following dual-wavelength laser systems from Fotona are ideal for NightLase® as well as other facial aesthetic treatments: 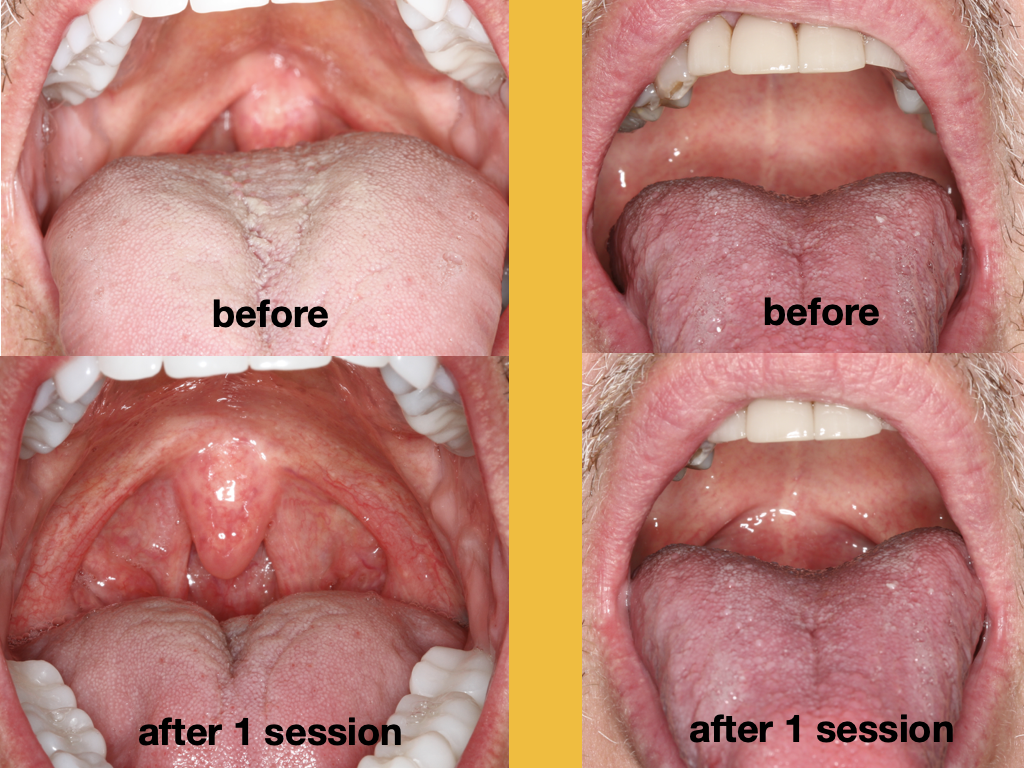 Sleep Apnea can be a dangerous condition. Schedule an appointment to get treatment today!